Look out for Dr Potter

Posted on f 6, 21 by franjohnstone@me.com

Vita Crew mystery number 3 is out now. In Dr Potter’s Private Practice, Vita becomes involved in the mystery surrounding an anonymous patient brought into the hospital. Although she is desperate to stick to her books over the Christmas vacation, she is distracted by curiosity and soon gets caught up in the lives of the people connected with the nameless patient.

I had a lot of fun writing Dr Potter. It was based on a short story I wrote some time ago, about a young doctor who slowly realises what is going on in the practice he joins, and then has to decide what to do about it.

Because Dr Potter is a Christmas mystery there was the additional challenge of making the atmosphere wintery and festive. Enter Aunt Louisa’s chef, Monsieur Emile Picard, whose ideas of a Christmas party menu are rather different from Aunt Louisa’s. Who will win in the diamond-cuts-diamond tussle over the menu? You’ll find out at the end.

I’m working at the moment on the sequel to Poison at Pemberton Hall, provisionally called Death of a Generous Lady. In the course of the research, I stumbled across the fact that Buffalo Bill Cody and his 800-strong team of performers came to Cambridge with their Wild West show in 1904, the year the story is set. I don’t know yet how I can incorporate the great Colonel Cody into the story without him taking over altogether, but I think it will be fun finding out. The show (he never called it a show himself – he thought of it as a historical re-enactment, something educational, not mere spectacle) must have been astonishing in the days before film and tv. The cast brought 500 horses and travelled in three trains. They set up a small tented city wherever they went. Audiences were sometimes 12,000!

Published today is the next in the Edwardian mysteries series featuring the feisty young woman scientist, Vita Carew. It’s called A Thin Sharp Blade and is available on Amazon here.

Vita struggles to study science at a time (1903) when women rarely did.

She becomes involved in an investigation after her brother is injured in a boxing match.

The character came to me after a couple of ideas collided. One was a historic newspaper cutting about the murder of a boxer; the other was the stories I heard first hand from very old ladies who had studied science at university in the early part of the 20th century. They told me they were often excluded from lectures by male professors, and so they listened at the windows or from the corridor outside.

‘But weren’t you furious about that?’ I asked.

‘Oh, no. We didn’t bother with being angry, we just found a way round the obstacles they put in our way and got on with it,’ they said, cheerfully.

Some of these ladies went on to distinguish themselves in their scientific field and have long academic careers. I thought they were admirable, and so I loved the thought of writing a character like them.

It’s taken years. Along the way the Crime Writer’s Association very kindly shortlisted the book for the Debut Dagger.

I hope you enjoy it. I plan many more adventures for Vita. The next, The French Chef is ready later this summer.

It’s on Amazon in Kindle only at the moment. The paperback comes soon. Please read, enjoy, and if you could possibly write a review, that would be great!

It’s an odd feeling when you publish a book that’s taken so long. I feel as if a teenager just left home ie anxiety and relief in about equal measure!

Posted on f 5, 19 by franjohnstone@me.com 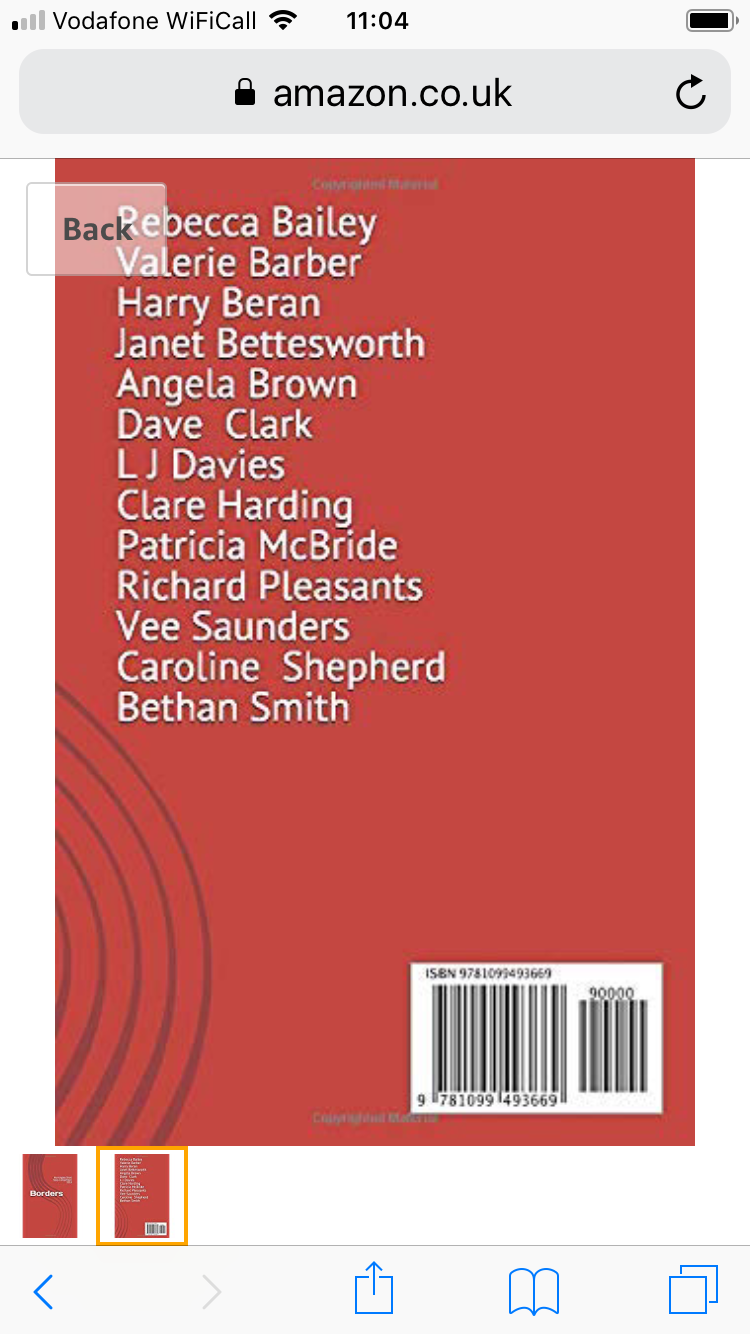 Stories from the Horningsea Short Story Competition 2019 are collected into this anthology. They range from tales of imagined Bronze Age warriors hunting for eels to wry commentaries on Brexit.

All available on Amazon in ebook for Kindle or paperback. Click here to order online.